My weekend of chick lit and rom com hell 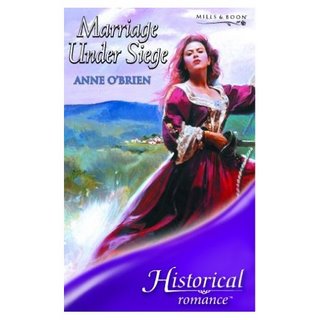 So, I have been accused of some things. Some of you may remember the pirate issue. And the fun issue. And recently I was accused by a Dublin councillor and former Lord Mayor of not having any sense of romance. Well. A lady doesn't take kindly to such accusations. So, when all my housemates, and my husband, were out of town recently, I decided to make a girly weekend of it. I bought myself some chocolate and some ice cream, and settled down with a Mills and Boon book.
I saw Marriage Under Siege in the bookshop some time ago, and must confess to being surprised that M&B even had a line of books set during the English Civil War. Not, you would think, a sexy time. Not even really a romantic time. But of course, I am wrong. Family pitted against family! Divided loyalties! Puritans! What could be more sexy/romantic?
Everything.
Everything about Marriage Under Siege is poor. The "story", the "characters", the interpretation of the politics surrounding the war. And the worst part was that the sex scenes weren't even any good. But of course that could partly be my own fault, because I kept imagining that the Witch Smeller General was going to arrive in at any moment and cauterize wounds and burn women at the stake or something, but he never did. Mills and Boon books are even worse than you think. They're not even a laugh. Avoid them.
Avoid also Heartbreakers, which I also watched on this weekend of NOTHING ON. As usual, Gene Hackman's got some great lines in it, but nothing on a par with his foliage speech from The Birdcage. Still, I don't think he gets to do enough comedy. And, while you're avoiding things, really, really be sure to avoid Alex and Emma, starring Luke Wilson (who does not make a good leading man. It seems to be difficult for him to talk, like the way it's difficult for Nicolas Cage) and Kate Hudson, who is okay normally, but awful to the core in this thing. If you have to choose between Heartbreakers and Alex and Emma because someone's going to kill you if you don't watch one of them, just take the bullet. It would be better for you.
Posted by Trish Byrne at 12:11 am

"we drove down through Kentucky, Tennessee... the trees..."

I still support my decision to make us watch that again before we returned the video.