Pack Up the Moon

So many things wrong with Anna McPartlin's book, I barely know where to start. I was asked to read it and review it on Newstalk106's lunchtime show. The other guest reviewer, I was surprised to see, was Dermot Lacey, a strange, showbizzy kind of politician who appears to be so completely consumed with being popular and being elected that he has lost all of his critical faculties along the way. Along with his powers of hearing and listening. During the review I said that I thought it was good that young women were writing books that were relevant to other young women in the same social category as them, I just didn't think this was a good example of that type of book. He said that he didn't care if the book wasn't socially relevant, he thought it was a good book anyway.
He reminded me of my least favourite kind of man, the ones who don't listen to women, who don't listen to anyone, in fact, except for other men who are exactly like them. You know the kind of guys who sell you a crappy car or fuck up a simple plumbing job or arrive three hours late to move your furniture and then, when you complain to them about the level of service you've received in return for your hard-earned money, they roll their eyes at your husband or father as if to say "women, eh? They just don't get that this is how the world works". I do not like men like this. I did not like this man. I did not like this book either, but I've ranted about it so much that I've lost the will to rant about it any more. Suffice to say that I think it's a disgrace that women are expected to pay a tenner to buy this sort of shoddily written, shabbily edited rubbish. Of course, what would I know? I just think that people should do their jobs well. Including writers.
Posted by Trish Byrne at 4:58 pm 2 comments:

The Ballad of Peckham Rye

I could easily write the same review for this as I wrote for The Girls of Slender Means. Short, punchy, single event causes mayhem, ripples of strange behaviour upset the status quo, etc. Really, more people should write like Muriel Spark. Fewer people should write like Anna McPartlin. The world would be a better place. Okay, maybe not the world, but bookshops certainly would be better for it.
Posted by Trish Byrne at 12:14 pm No comments:

All the clocks in the house are wrong 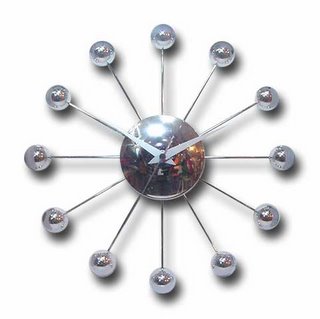 As soon as I get better and can get the hell off this sofa, I will buy batteries for the clocks. I will buy a new lightbulb for the little lamp in the sitting room so that the corner of the room that the telly's in isn't only lit by the glow of the telly. I will post the Pinefox the book I promised him. I will pick out the books I haven't read yet and arrange them in some way so as to make it easier to find them when I want to read them.
There are so many things I will do when this crappy winter is over.
That is soon, right?
Posted by Trish Byrne at 6:06 pm 1 comment:

The Girl Who Loved Tom Gordon

Another break from Aussie convicts. This is a subtle horror story from Stephen King about a nine year-old girl who gets separated from her mother and brother while out hiking and has to try to find her way back to civilisation, dodge nameless horrors in the woods, and has only her personal stereo and its tinny reception of baseball games far away to keep her company. I read this at one sitting, which is the only way to read Stephen King really. He builds up a great atmosphere here, doesn't lay it on too thick, and has his usual fun with homey details in the middle of great fear. I liked it a lot, partly because I love stories about people walking and covering loads of ground. My favourite parts of Lord of the Rings are the walking parts. However, I do think he has a nerve calling it a novel when it barely skims a hundred pages.
PS, Tom Gordon is a baseball player. No, I didn't know that either.
Posted by Trish Byrne at 4:24 pm No comments:

Just one of the books I read while reading The Fatal Shore just to give myself a little break from the relentless size of the thing. This is a thriller, supposedly, that I kept thinking was going to turn out more thrilling than it really did. The title promises all kinds of spooky steam-age goings-on, but really it's a fairly straightforward story about a young man who comes down to London to work on the railways and gets mixed up in some bad blood about unions and land sales leading to moider; it's Steamtown. Interesting historical research though. There really was a necropolis railway, the spirit of Edwardian London is evoked quite faithfully, and so on. But the story, I thought, was weak. Ah well. It passed the time and at least it was short.
Posted by Trish Byrne at 4:16 pm No comments:

It is a constant source of disappointment to me that Mister Monkey can read history books galore and actually retain facts from these books, while I learn only vague concepts. For example, he has just finished reading a big fat book about Persia and has learned many exciting things about Persia which he will happily share with you (if he ever updates his bloody blog, that is). I read a whole exciting novel about Persia last year, and the only thing I can remember is that there was once a Persian king called Arses.
I'm a bit like that about Australia now. Even after reading six hundred fairly dense pages about transportation and the colonial beginnings of Australia, all I can really tell you is an amusing story about a bloke called Pearce who was a cannibal. Or that you really, really didn't want to end up getting transported to Norfolk Island. Or that you didn't want to be a woman who got transported. Otherwise, there were worse things that could happen you than being sent to Botany Bay. In general, you worked hard, you got your ticket-of-leave, and you had a chance to be set up with some land and you could get some convicts of your own and start your own farm or business or whatever it was you had been doing in Ireland or England before you got greedy or stupid and did whatever it was that got you transported in the first place. In fact, one of the British government's biggest problems, once the colony was up and running, was to retain some sort of threatening air about it, which was very difficult seeing as how things were pretty crap for the English poor at that time.
It's a very good book, even if it does repeat itself a little and sometimes there's a little too much talk about architecture for my liking (namely, any at all. I don't care about architecture), but there's no way it should have taken me two months to read.
Posted by Trish Byrne at 3:57 pm 3 comments:

I never get hard-to-get-tickets. But now I have tickets for Brian Friel's Faith Healer at the Gate next month. Starring Ralph Fiennes! And Ian "I wasn't always Emperor Palpatine, you know" McDiarmid! The excitement!
Posted by Trish Byrne at 10:33 pm 3 comments:

The kids on ILE are playing this Dead Pool, but most of the people I wanted to pick are not available and I'm too much of a luddite and a non-joiner to figure out how to add them.
So, I'm playing by ILE rules, which are:
You must pick ten well-known people who are alive.
You can change your picks until the end of January.
For each person who dies, you score 100 points minus their age.
You must not be complicit in the death of anyone in your dead pool.
Want to play?