One down, approximately 275 to go 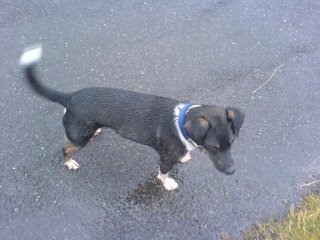 This morning I start my new job. This is hard on me for one major reason (try to hold back your derision): it is full time. Apart from the year I spent working in the bookshop (and even then I had days when I could work at home during the week) I haven't worked a full-time job in six years. It also means getting up early every single morning to go out with the dogs. This is fine for now, but it was almost unbearable last winter and I can't see it being any better this year. Still, if I prove to be good at the job, I should be working from home in a year's time.
Crappy walking weather this morning though. As Mister Monkey said last week, if someone had put you down in Laytown this morning, you wouldn't know what time of the year it was. It could be October. Shivery.
Posted by Trish Byrne at 8:00 am 1 comment: 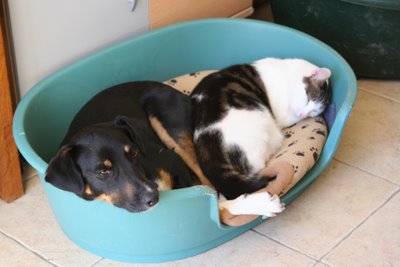 We're going to need a bigger boat.
Posted by Trish Byrne at 2:09 pm No comments: 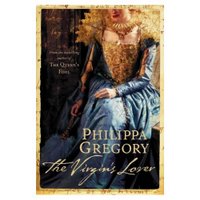 More historically accurate flushes of passion from the pen of Ms. Gregory. This is one of her snappier stories, a cheery romp through the affair of Elizabeth I and Robert Dudley, and the irritating little problem of his wife. Gregory is at her best when she's fleshing out the raunchier byways of familiar historical figures rather than inventing her own tales from scratch.
Like her? You'll like this. Don't know? This is a pretty good one to start with.
What do we learn from it? Well, what we learn from every single story about the reign of Elizabeth I. You do not fuck with William Cecil.
Posted by Trish Byrne at 12:40 pm No comments: 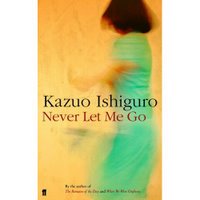 This is a deceptive book, looking for all the world like some standard lady-friendly Sebastian Faulks or Wally Lamb book, with its swirly girl on the cover and gentle title. But it's not really. Yes, it's a book about growing up and losing innocence, a book about the relationships people forge in their younger years and how those relationships change as they get older, but in this case the whole thing takes place in a climate of secrecy and oppressive rules.
The special school in which the protagonists live feels something like the school that Eustace Clarence Scrubb and Jill Pole went to, but in this case the students have a Special Purpose (no, not that kind of Special Purpose) and many things about the nature of the world are hidden from them and not discovered until much later (by some, never at all by most).
Sounds promising, doesn't it? Yeah, and it promises to be something big and startling, but then just never quite delivers. The story is sparse to the point of being boring, and all the characters seem to be in a daze all the time. Of course, you could argue that that is what life's like. But if I wanted to read real life stories, I'd read Take a Break, wouldn't I?
Posted by Trish Byrne at 12:29 pm 3 comments:

It's good to have mates who look after you even when they are very far away and their heads are all melted with matters of import such as elections, state visits, parenting, and men.

Thanks Queenie.
Posted by Trish Byrne at 10:15 am 2 comments: 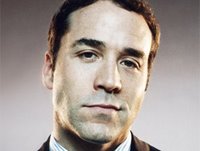 I never thought I'd see the day when a character played by Jeremy Piven would become my hero, but there's something about immersing yourself in the entire first two seasons of Entourage that makes you forget the real world you live in. And then it becomes even harder to keep your cool on the phone. I rang an estate agent about the Leitrim house this morning. "I'm on a call," she said, "I'll phone you back, probably within half an hour."
That was at 10am. Who does she think she is? In the world of Entourage, there would be a lot more swearing at this point. Then there would be a call from me to her describing all the different ways I would make her sorry for failing to call me back when promised. Because being an estate agent, surely, is all about calling people back when you say you will. Or perhaps I am an idealist.
But I do not have incriminating photos of her, I do not have anything to trade, this is not a million dollar deal, I do not live in that world. Which is good, because really I'm on her side. I poxy hate talking on the phone. That, and the fact that I didn't learn to drive until I was 32 (and the freakish control issues), is the thing that has really stopped me from being good at any job I've ever taken up. Other people live on the phone. I look at them in awe, like it's some sort of super power they have. I have a dislike of phones that almost borders on a phobia.
Maybe it's all the years of working in jobs where I had to call people and tell them bad news. I'm cancelling that meeting. L****n won't be able to make it. Your PC won't be ready on time. The van's not there. We don't have the part. I'm not coming in. Your dress shrank.
Or the begging calls. The calling-in-a-favour calls. The plugging the gap calls. Please can you cover a shift. If you don't come in now, you needn't come in again. Just do us this one favour. I know it's a big order, and we're very sorry.
I hate it. I'd love to be the person who gets to make the good news calls. You got the job. You won. You got the all-clear. We sold your house. That's a call I'd answer.
Posted by Trish Byrne at 2:24 pm 1 comment:

What do you do during the summer months when there's no House, no Rome, no Sopranos, no ER, no Lost, and there's no West Wing ever again?

If you're me, you find stuff to watch that you don't watch during the year. UKTV Drama is showing Ever Decreasing Circles, which is much funnier and sadder than I remember it. It's also got more of that humour of embarrassment going on than I remember from the first time, but maybe that's just looking at it through the filter of current British comedy trends.

Mister Monkey and I finally finished watching series two of the genius that is Arrested Development. It's hard to pick a favourite character, they're all so great (but if you had to twist my arm, I'd probably pick GOB. Or maybe Buster. Or George Michael. You see the problem). I understand that series three is a bit poor, so maybe I'll not bother with it.

We've also been catching up on Gilmore Girls, which makes a lovely antidote to Entourage, and I've acquired the first episode of Lucky Louie, Louis CK's first sitcom on HBO. Opinion is very much divided on this slightly strange, low-budget, seemingly wooden offering. I thought it was funny, but I could be wrong.

Oh, and of course there's football. If only every match could be as much fun as Italy versus Ghana.
Posted by Trish Byrne at 9:37 am No comments:

Locking up for the last time

Yesterday was my last shift as manager in my little shop. I still think of it as my little shop even though two of us have been running it for the last two years, and that is, of course, part of the problem. I always want to have complete control over everything, which is simply not possible when you've got a whole bunch of people working in a place and you're not there every day. So it's better for my mental health to let it go and move on to a job where I really can control everything and if something goes wrong and I don't meet a deadline I have no-one to blame but myself. (Okay, some people might think that it would be a better idea to deal with these control issues, but such people are simply wrong.)

Things I will miss about the shop
That feeling you get when you open a good donation of books. It never goes away, that feeling of 'wow!' and 'aren't people kind to give away such great books?'
The commerce. I just like putting prices on things and having people come and buy them. I like putting things in the window knowing they will sell. I like the surprise of people finding things they didn't even know they wanted.
The books. Being around them all the time. Even the crap ones.
The feeling of doing something worthwhile.

Things I will not miss about the shop
People who can't alphabetise. Even when you explain it to them. It happened recently, even, that I had to explain to someone that Christopher Brookmyre goes after all of the authors who start with A, not just after the first one. I despair of such people. Or people who put books called The Divine Something or other by his Grace Swami Someone or other into the business section.
Junkies shouting "WANKERS!" in the door.
The mad people who won't fuck off.
The unreliability of other people.
The having to chat and be nice and sociable all the time to absolutely everyone, even when you're not actually in work, because you never know.
Not being able to make plans because you don't know what's going to happen in work that day.

I'm looking forward to the new job. Mister Monkey thinks it would drive him mad, but since 90% of it will be reading, how can it be bad? Plus it's writing that has nothing to do with computers or IT. I'm already thinking of doing NaNoWriMo this year, just for kicks. Oh wait, I'll be in Paris for a week in November. Hmm, can I still manage it? I bet I can.
Posted by Trish Byrne at 9:56 am 1 comment:

Two days in a row 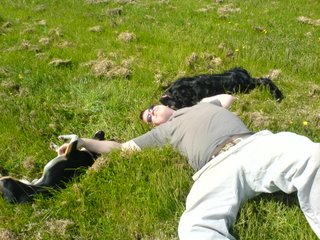 And the promise of another lovely day tomorrow too. Screw you, wettest May on record!
Posted by Trish Byrne at 12:52 pm 1 comment:

Even though yesterday morning dawned grim and scary in Laytown, with white-suited forensics experts searching the ground outside Pat's supermarket and two young kids somewhere in Laytown missing their nineteen year-old mother, nothing stops the Irish summer juggernaut for long.

The young mother was stabbed to death at 9.30 on Friday night, and by 4pm on Saturday afternoon, you would never know anything had happened, except for the bunches of flowers stuck in the holes of the metal bench at the bus stop outside Pat's. The shop was open again and people came and went for their milk, bread, newspapers, Coke, ice creams, and bottles of cheap wine for the barbie. Smokers sunned themselves in the yard (sorry, beer garden) of the pub next door, and all day long sandals and runners walked back and forwards over the spot where someone was killed the night before. The gardai are, apparently, appealing for witnesses to the stabbing (although they have someone in custody), which is a laugh considering the front of Pat's, like every open space in every small town in Ireland, is always full of teenagers smoking butts, popping wheelies, pushing each other under cars and calling everyone who walks past 'gay' or 'fat' or just 'cunt'. But maybe they were all studying for their exams on Friday night. After all, the weather isn't this good for no reason.
Posted by Trish Byrne at 12:39 pm No comments: