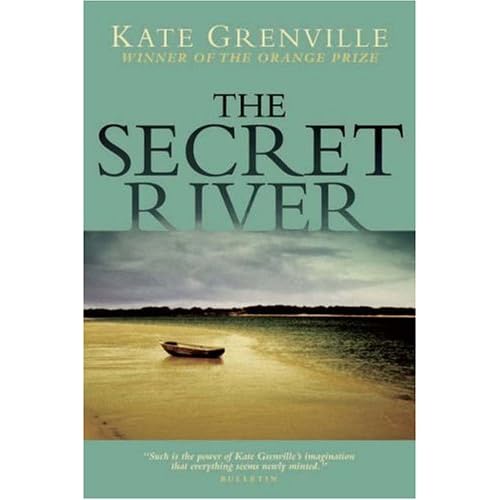 On holidays at Queenie's place, I read this book by Australian writer Kate Grenville. Queenie recommended it to me from her personal stash (in fact, she more than recommended it to me, she left it on the shelves in the room where Mister Monkey and I were sleeping, such is her attention to guest comfort details). It's a fine piece of historical fiction about a Thames boatman who commits a crime and is transported to Australia.

It's got some great elements of the best historical fiction in it. First, it's got lots of stuff about boats and rivers and the sea in it. Second, it is, as far as I can remember the details of Robert Hughes's The Fatal Shore, pretty historically accurate. And third, it takes its mission as fiction more seriously than its mission as history; it follows the rough outline of the typical journey of the transported convict, but refrains from having the protagonist commit a crime once he gets to Australia, which would, of course, have seen him sent to Van Diemen's Land. You can tell at one point that she was thinking about it, because she talks about it almost longingly, but she steers away from it in the long run and heads for the more straightforward story of just exactly what was required of people to become successful in Australia in those days. It wasn't pretty.

In a weird way this book reminds me of Little House on the Prairie with its details of everyday life on the frontier, grubbing a living out of harsh lands, living hand to mouth. However, I don't think Laura Ingalls ever had to see the things that these people had to see. It's the first book I've ever read that came close to providing an explanation of just how people from Britain were willing to come across the sea and, frankly, slaughter a bunch of people who were just minding their own business in their own home. Desperation is a powerful thing.
Posted by Trish Byrne at 8:23 pm