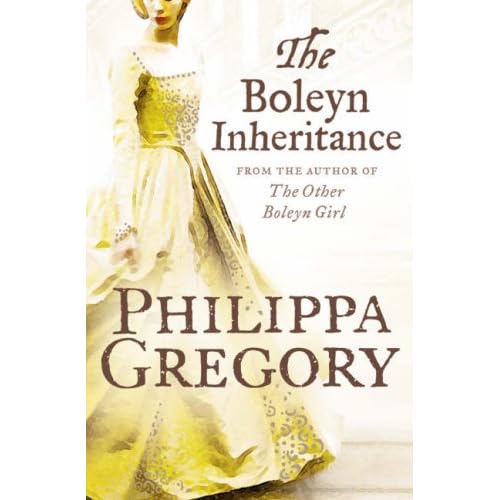 This is the book where Philippa Gregory talks about Anne of Cleeves and Katherine Howard. Yet again, we see how shit it was to have to spend your time sucking up to Henry VIII (I have no idea how men managed to do this, it's not like they could pretend he was fabulously good-looking) and how all round rubbish it was to be a woman around this time.

I knew nothing about Anne of Cleeves or Katherine Howard before I read this, and I'm kind of assuming I'm in good historical hands with Gregory, so it is with some confidence that I can express amazement that Henry got away with this shit for the few years that he did. After he divorced Katherine of Aragon and then executed Anne Boleyn, he seems to have gone mental and more or less chewed women up and spat them back out again on a kind of conveyor belt. It didn't help that he was getting older and fatter and less able to hold up his end of the bargain as each wife went by, nor that his succession was so contentious that that everyone with an interest in the future of the kingdom appeared to be chucking women at him.

My respect for Anne of Cleeves is colossal, as it was for Katherine of Aragon. These were women who could easily have run countries in their own right (I'm not sure I'd necessarily have given Jane Seymour or Katherine Howard such a task), and Anne of Cleeves even managed an amicable divorce from the old git. Good for her.
Posted by Trish Byrne at 7:20 pm