We're going to hang out the washing 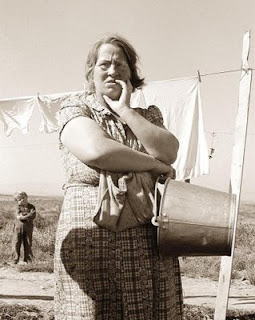 One of the things I genuinely love about Evelyn Cusack is that she will tell you when there's going to be good drying out, so you can get loads of washing done before the good drying goes away. When we moved into this house, I felt like a real homeowner for the very first time because mrmonkey put up a washing line for me, and I have been using it on every Evelyn-approved day ever since. For me, one of the simple, idle pleasures of working from home is sitting at my desk looking out the window at my neighbours' washing flapping in the breeze. You can see which houses have girls living in them: everything's pink. You can see who goes to which school in the area by the uniforms. You can tell when there's been a washing disaster because everything's dyed the same slightly washed-out lilac, although that happens more and more rarely in this age of colour catchers and polyblends. And you can see who's been buying the recycled pegs from the local supermarket (they're crap, by the way. They just give up and drop off the line after a couple of weeks, like fatigued fledglings).

And you can see changes in towel technology. Right now, as I type this, I'm looking at a kid's changing towel. It's basically a long towel with a hole in the middle, old-fashioned poncho style. When I first saw it on the line I thought, wow, what an amazing leap forward in towel technology! Pop the towel over the child's head and they are completely covered and have both hands free for changing! And then I thought, hang on, that's just a towel with a hole in it. Given how often my mother cut holes in sheets to make ghost costumes (or shepherds for nativity scenes), or blankets to make cowboy costumes, why did she never think to cut a hole in a towel to make one of these? When I think of the times... well, you get the picture.

Of course, some brief discussion with my friends reveals that several of them had these things when they were growing up. Some of them even had ones with hoods. So now my mother's really in for it.

Still, at least my deprived childhood is over now. Imagine if you were an adult and you lived in your own house that you paid for, and you were prohibited from hanging your washing on a line outside your back door? I'd call that really deprived. And that is the fate of (maybe) thousands of Americans right now. I saw a thing about it on Colbert. There's even a campaign to get people to line dry again in the U.S. Don't say I don't do my research.

Right, I can hear the washing machine winding down. Time to hang those clothes out.
Posted by Trish Byrne at 3:43 pm

Yeah, apparently drying your clothes on a line (in California!) means you're too poor to have a drier, which means you're driving property values down

3 loads today Trish!
I never had one of those towels. My children do - hooded ones & all, Lily has a princess and alex has a rooster and a frog.

We had a drive around some Amish places on holiday in Pennsylvania once and our guide kept stopping at houses and saying, "look, another clothes line! Do you want to take a picture?" Eventually we told him it wasn't such an exotic thing to do back home.