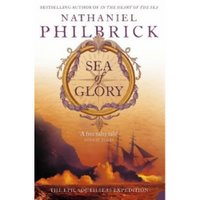 How is it, Nathaniel Philbrick asks, that a squadron of American ships can sail to Antarctica and be the first to map it as a continent, make some of the most useful charts of Pacific islands (some of which were still in use until the Second World War), come back with a collection big and important enough to start up the nation's first public science museum (the Smithsonian), and draw up some of the most accurate charts of the American northwest, and no-one has ever heard of them?
The answer: politics and bad management skills. Charles Wilkes, leader of the Exploring Expedition, was not a facilitator. He was a maverick and an ambitious weirdo who didn't know anything about the sea. He was promoted into a job he wasn't trained for and left hanging by the people who stuck him in there. When he got back from doing his job, he was buried because he raised too many questions and was unpopular. Sounds familiar?