Ha ha, I am the best wife ever 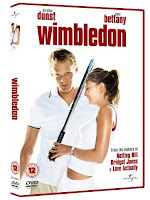 I was talking to Mister Monkey on the phone the other night and he asked me what I wanted for my birthday.
"I don't really want anything," I said, "honestly, I have all the books and films and music I need."
Then yesterday I bought two new albums off the Internet, and today I was in HMV's 3 DVDs for €30 sale, and I got The Wind That Shakes the Barley, a Fred Astaire & Ginger Rogers set that has four films in it, and yes, I know it's sad, but a copy of Wimbledon also.

So I guess there was stuff I wanted after all. Ha ha.
Posted by Trish Byrne at 3:00 pm

Well I already have presents for you so that's ok.