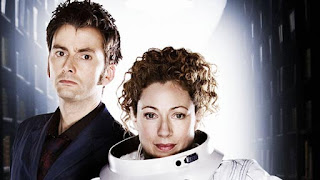 It happened last Thursday in God's Own County of Derbyshire, where BuntyB is from. We had a great time, the weather and food were amazing, the people were lovely, and all the family and friends were on top form. The day after the wedding, BuntyB's farming family held a hog roast, with bathtubs full of champagne and beer, a whole roast hog, and field games. It turns out that her family are CHEATERS at tug of war, and that my family are lethal at welly wanging.

A game of scotch was also played, and there was a whiskey chase, in which many members of the party ran (or scrambled) up a very steep hill to try to grab a bottle of whiskey, which was then chugged by all and sundry. An excellent tradition, and just the kind of thing there should be more of after roast pig and copious booze. Mrmonkey did not win the whiskey chase.

It turns out that BuntyB's brother is some kind of superhuman being (or "farmer", if you prefer). The night before the wedding, he was in the hotel bar with us till midnight. Then he took BuntyB home and sat up with her a little while longer. He got up at 6am on the morning of the wedding to take his cattle to market, went home and scrubbed up for the wedding, stayed there till 1am partying, then got up at 6am again to do more farm chores and clear the field for the party. He then proceeded to win 4 tug of war matches and the first whiskey chase. He brought his final trailer load of party-goers home at about 1am, then was up at 6 again for what he referred to as a quiet day, but which still seemed to involve a list of about 40 chores, including cleaning up after the party.

He is going on the list (along with The Man from Roscrea and Queenie's Himself) of people who will be airlifted to my compound when the zombie threat level reaches critical.
Posted by Trish Byrne at 9:04 am

Whiskey Chase sounds like a sport that could be profitably imported to Ireland.

Congrats on the fab new sister.

That's funny about the compound!!

If you are doing the airlift, make sure the compound has copious amounts of vodka and various projects that involve power tools. Also, some steel. Himself came home last night and announced he wants to be a welder when he grows up, which phase of his life is imminent apparently.